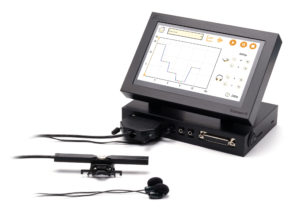 The Optical-Acoustical Neuron Synergizer holds 32 LEDs to maximize the effect with minimal power, thus providing complete safety to the eyes. The lights are fully adjustable for comfort and efficiency.

A specialized hardware controls the light and sound patterns ensuring the necessary precision for training. It controls up to two sets of light & sound and offers an audio line-in jack.

The software allows for an unlimited number of new sequences of any length in addition to editing the existing ones. While allowing for wide configuration, it has internal protection to prevent the generation of frequencies harmful to one’s health.

All of these and many more variables were tested extensively for 2 years (1991-93) before the lights actually worked, i.e., had a lasting and beneficial effect. This research was performed again in 2013-2014, confirming the first one and, equally as important, proving to be absolutely safe – even for infants’ use.

1. Total security
The maximum frequency is only 15 Hz (cycles/second). Epilepsy can be triggered at 30 – 40 Hz. Other light/sound equipment can be programmed to 60 – 180 Hz. As human thought only requires 14 Hz maximum, the Brainwave III was designed to be totally safe. It will not create “psychedelic trips” like other systems. However, it will train the brain for balance in alpha/theta, i.e., 3 – 10 Hz. 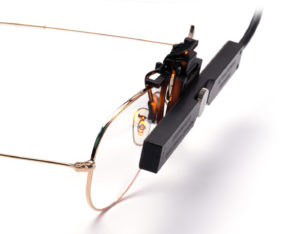 The color spectrum visible to the human eye ranges from +/- 380 nm – violet – through the rainbow to +/- 750 nm – red. Blue light has little or no lasting effect. Red creates a “whiplash” reverse negative effect. White light has no effect. The only color that can create a lasting effect is pure gold – the color of the center of a candle flame.

To do this requires manufacturing LEDs circuitry with gallium arsenide and platinum on a gallium-platinum backing. This is expensive, and the Alphalearning’s Brainwave Optical-Neuron Synergizer is the only equipment in the world with this color frequency.

Other systems have 2 to 8 LEDs for each side. The difference between 8 LEDs and 16 LEDs is 256 times more effect with the same power. For example, tap the palm of your hand with the point of a pencil and then with the eraser. The smaller and more numerous the points of light, the more effective the training. Powering 32 LEDs requires 10 wires and a computer type circuit board with about the same processing power as a PC.

The CPU clock ensures that the maximum frequency cannot be exceeded and that any selected frequency will be perfectly accurate. Frequencies can vary on other equipment due to battery drain, programming errors, and manufacturing imperfections. A recent test of a $ 600 equipment set at 1 Hz was actually flashing at 6 Hz – 6 times too fast, and at 14 Hz was flashing at 8.4 Hz.

6. A precise “hertz” or cycle per second
A single cycle requires an “on” period and an “off” period. For brain training, they must be equal. This is perfect in the Brainwave III system. For psychedelic and disco effects, the reverse is true. A longer flash and shorter period of dark or vice versa, i.e., “strobe” effect. This is how other equipment operates.

7. Fully adjustable for optimum comfort and efficiency
The only adjustable lights in the market. Vertical/horizontal and tilt from 0 degrees to 180 degrees for use while reading or creating. 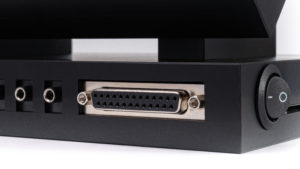 8. Backwards compatibility with Alphalearning Institute’s computer-controlled  lights
The new Brainwave III system is totally compatible with Brainwave I and II sets of lights and sequences. All the sets that run under Alphalearning Institute’s Lotus software will run exactly in the same way. Just plug the lights’ parallel connector and the headphones into the Brainwave III, select the sequence and start using it. A conveniently removable SD card stores all the sequences, so there is no need for an additional computer.

In addition to a variety of pre-installed sequences, any new Light & Sound sequence can be easily created, edited, and run on the system. Advanced research options include different Light & Sound frequencies, coordination, and 8 frequency change methods. The license is lifetime, and the software is totally unlocked.

When a new software version or sequence is tested and approved, all the clients can update their versions at no additional cost. This requires a Windows PC with an available USB port and internet connection.

The system’s absolute safety is guaranteed both by the software and the carefully assembled and tested circuitry. Light brightness and sound volume are easily adjusted before or during a sequence. The same adjustments are available for the left-right balance, both for light and sound.

The colours of each segment signify the coordination of the lights and sounds.

In a few minutes, one can easily duplicate any light/sound program being researched or used worldwide. What you see on the touch screen is what you get with the lights and the sounds. A moving arrow tells you where you are at all times during a sequence. Another arrow lets you immediately jump to any segment of the sequence.

The Light & Sound settings on the right-hand side allow for precise control of the lights’ brightness and the sound volume. The maximum for both is inside health standards. The lights are about the same brightness as a candle flame, and the sound about the same as a normal voice. The left/right balance of both light and sound is also variable if it is necessary to balance a severely imbalanced brain. The colored numbers can quickly change the color of a selected segment.

Sequences for specific uses are pre-installed and available for many common situations. The one below was written to restore normal activity to a brain where a concussion was sufficiently severe to cause a decrease in alertness. It takes the brain through an alternating series from 10 – 15 Hz and various light & sound coordinations.

A quick way to get familiar with the new interface, especially for those who used the Lotus software on PC for many years.

What are Alpha and Theta brain waves?

Alphalearning in the world press